I’m thrilled to announce that the 12,000th species has joined the Photo Ark. Photographed at the Arabian Wildlife Centre in Sharjah on my recent trip to the United Arab Emirates, lucky number 12,000 is the Arabian cobra! A member of the Naja genus, this stunning serpent is a venomous species endemic to the Arabian Peninsula. As a “true” cobra, this snake has the ability to raise the front quarters of its body off of the ground and flatten out its neck, making itself appear larger to potential predators. 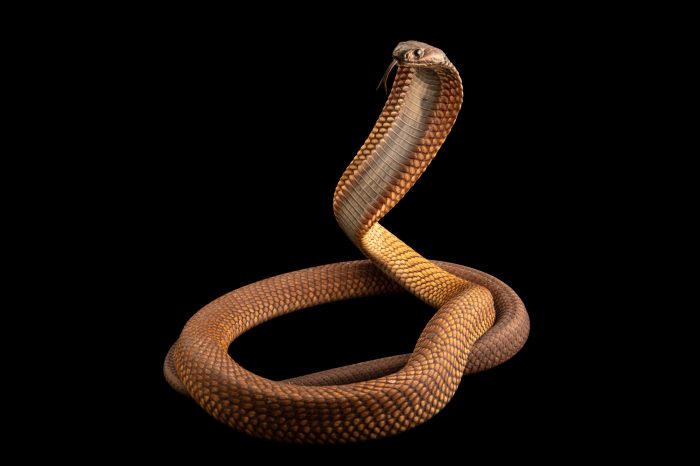 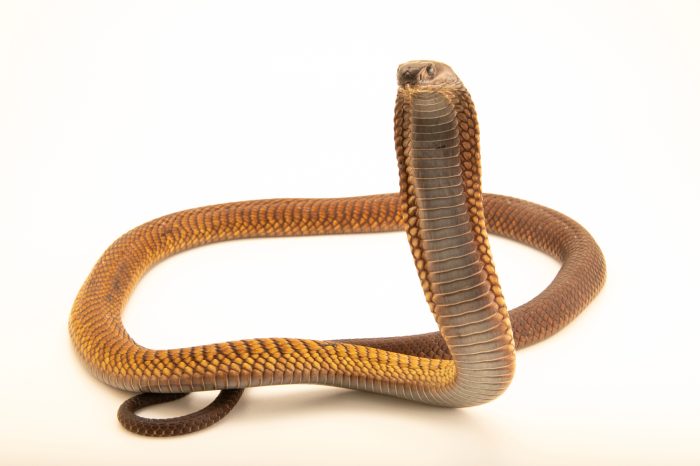 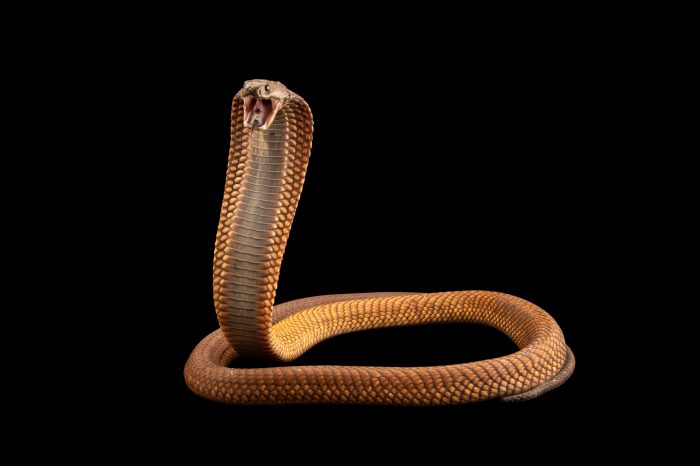 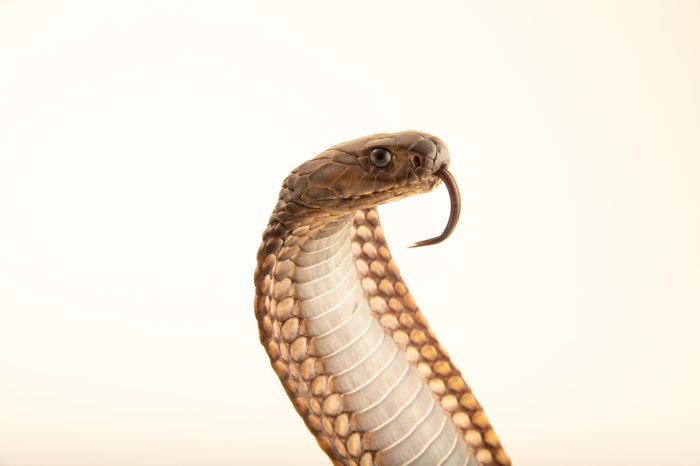