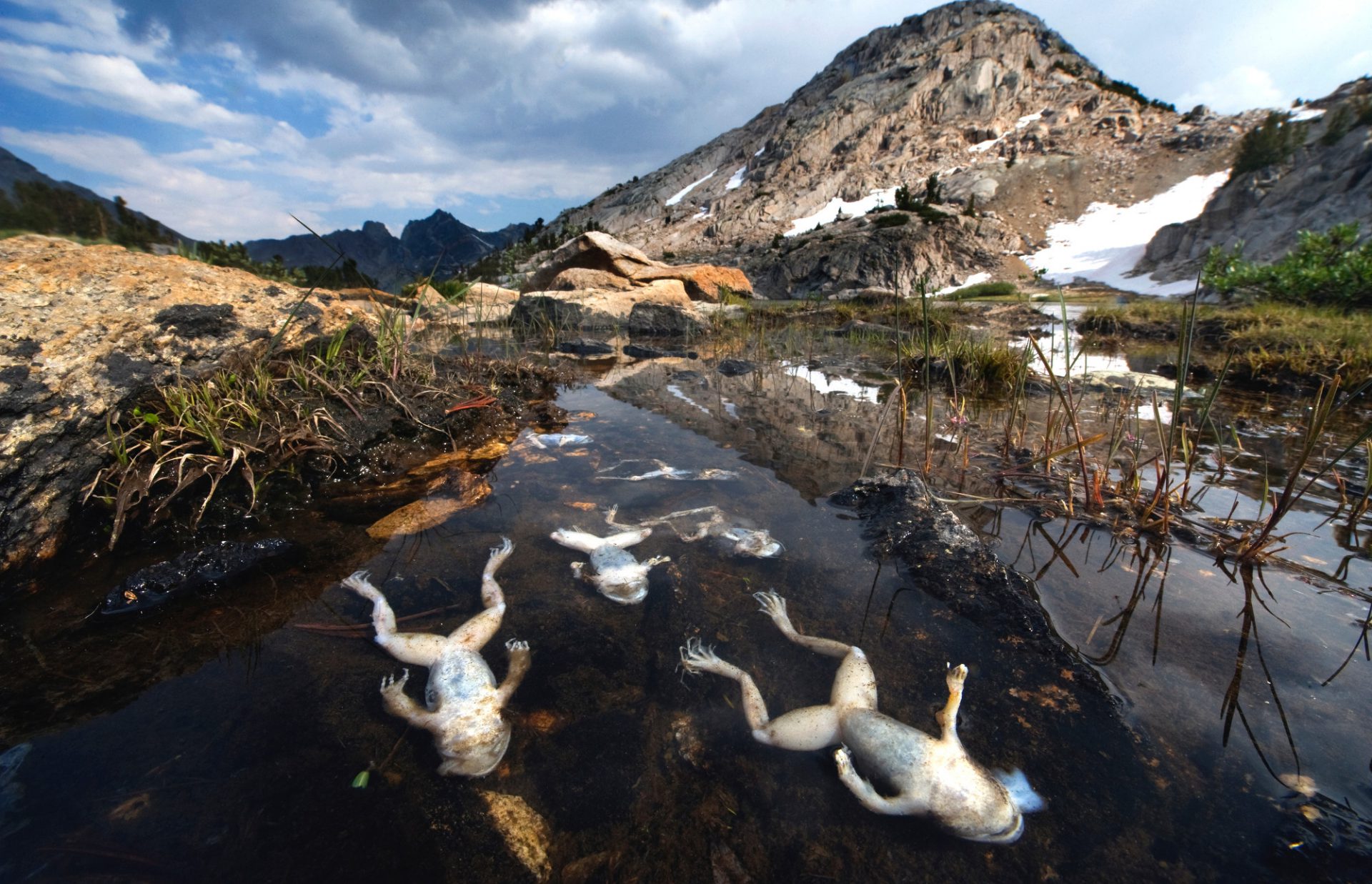 In King’s Canyon National Park, California, chytrid fungus has swept through with a vengeance. Shown are some of the last southern moutain yellow-legged frogs (Rana muscosa) as they lay dead from the fungus. The disease first appeared in this High Sierra basin in 2004, and has virtually wiped out the last stronghold metapopulations of this species. Where once tens of thousands lived, now fewer than 100 remain. “Worldwide, this is the worst case of a disease causing extinctions in recorded history, and we’re seeing the results of it right here,” said Vance Vredenburg, an amphibian ecologist who has studied the basin for 13 years.