Gallery: The Story Behind… 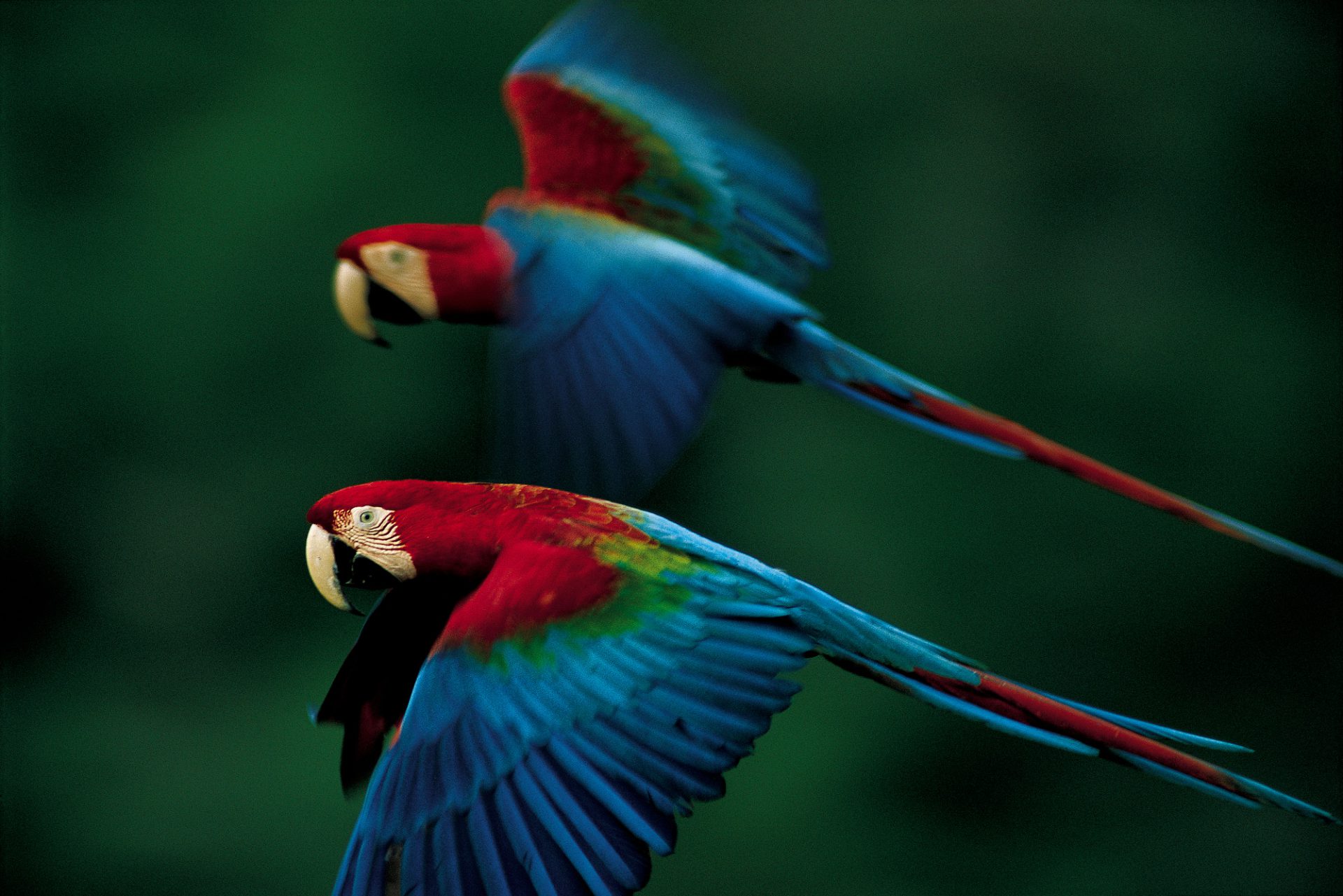 During his travels in Madidi National Park, Bolivia, Joel kept a diary of events. This text originally ran in the March, 2000 issue of National Geographic Magazine.

Nov. 22 A.M. …36 hours of flying from Lincoln [Nebraska] to La Paz. Ears totally blocked. After one hour I get altitude sickness (the altitude here is 12,000 feet or so). Soldiers, machine guns, drug dogs sniffing luggage.

Nov. 22 P.M. …Fly to a grass landing strip, then a three-hour boat ride to a camp that’ll be my home in the jungle for the next three weeks. Two thatched huts, ten bearer-guides, one cook, and it’s hotter than hell. Soaked in sweat every minute. My host, Rosamaría Ruiz, digs a live botfly maggot out of her calf at the dinner table. “Boro,” she shrugs. “It’s nothing.”

Nov. 23 … Things scream here all night. Birds and bugs, I’m told. So many species that each has developed a specialized call. One bird sounds like water pouring out of a bottle. Another like a digital alarm clock. The locals say palm trees here grow legs and walk to find more sunlight.

Nov. 27 … In town we visit a woman named Palmira, bedridden for six weeks with a stingray bite. “Stingrays hurt so bad for so long, I’ve seen grown men cry like babies.” Rosamaría says.

Nov. 29 … I touch a moth tonight, then wipe sweat from my face. I spend the next few hours with my face and hands on fire. Bugs here are toxic, Rosamaría says. A man at one of Rosamaría’s other camps had fungus on his hands and feet so bad he could barely radio for help.

Lay in my own urine on the beach for several hours, hoping to draw butterflies in to photograph them. Not nearly as many butterflies here as bees and wasps I learn, as they funnel up my shirt.

Dec. 1 … One of my knees swells up. Hard to walk. Our lead animal caller, a 51 year-old man nicknamed Choco, has a tooth that’s killing him. I think he tried pulling it with a shoestring.

Rosamaría, Choco, Marcelo, and I move to a small wooden platform above a jungle mud hole to wait for wild pigs [peccaries] to come in. Stung on both palms by wasps. We bathe in acrid slough to mask our scent. No leeches.

Dec. 2 … Day two on the platform. Still no pigs. We poop and pee in a wooden box in front of each other. Can’t leave platform. Might scare pigs.

Dec. 3 … Day three. No pigs, but plenty of bats urinating on my face each night through the mosquito netting. I lie on my back and take it. Too hot to sleep on stomach.

Dec. 4 … Pigs still not here, so we’re leaving, thank God. That was a combo of prison and being lost at sea. Nothing to do, very buggy, and no movement allowed (too hot and might scare pigs). Marcelo, our lead boat driver, tells a quick pig story as we pack up to leave.

“We were hunting the chanchos (pigs) last year near the Río Beni, not far from here. We saw a group of fifty. We killed ten. This made them mad. They charged us. We ran and climbed trees. One of my friends didn’t get high enough, and the chanchos pulled him down. We heard screams for a while, then waited to come down. When we found him, we found only pieces. Many pieces. We took the pieces of him to his parents’ house. We were sad our friend had died such a terrible death.

Even the pigs can kill you here. A man Rosamaría knows survived a pig attack but now has no butt. He didn’t get quite high enough in the tree, and the pigs bit it all off.

Dec. 11 … Juan is up all night, screaming and writhing in pain from parasitic worms in his stomach.

Dec. 12 … More than half the crew have boros in them, including the cook’s nine-month-old baby. The infant also has swollen welts all over her legs. Aquatic fungus, I’m told.

Choco, who’s always happy and singing, is in terrible pain because of his tooth. Rosamaría has Marcelo fire up the boat and take him to the local “dentist.” No fillings or repair work done in this part of the world. Teeth are simply pulled, usually without anesthetic.

Dec. 13 … Choco returns now with a big hole in his smile. Marcelo admits he got Palmira pregnant during one of his boat runs to town. Vows he’ll marry her on the last night of our trip.

Choco says that tonight we’ll call in a jaguar. He says the calling he’s been doing – a low, repeated grunting sound made by strumming rawhide stretched over a milk can – has lured jaguars in. He brought a cow’s head back with him from town the other day, and it’s now sufficiently pungent to use as bait. We sit on a platform at dusk about 20 yards away, and indeed a big orange-and-black jaguar with paws the size of coffee-can lids comes in.

Dec. 14 … To get up into the canopy, a tower made of painters’ scaffolding arrives by boat today. We set it up near the parrot cliff, and I find myself swaying in the breeze 130 feet up.

Dec 16 … I find my first boro, buried deep in the back of my left hand. Choco tries to suffocate it by covering its breathing hole with a mixture of his own spit and the residue from a hand-rolled cigarette. No luck. Later in the day something much worse happens: While on a hike, I run out of toilet paper. Some leaves have painful toxins on them. I discover this the hard way.

Dec. 17 .. Choco shows me his foot, which has big red ants with enormous black pinchers hanging off it. He walked two hours through the jungle with the ants clinging to him just to show me. Their jaws are so big and so strong that they’re used like stitches to clamp both sides of a wound together.

Dec. 20 … Later, at the dinner table, my feet are covered with tiny, stinging black ants. Turns out they were defending their food source, a dead bat under my chair.

Dec. 21 … We boat back to town. Our flight is tomorrow evening, but first we’re going to the wedding of Marcelo and Palmira. No church, just a room with two dogs fighting in one corner and a TV blasting a Spanish-dubbed rerun of Dynasty in the other. The bride and groom, fully dressed in the best wedding attire they could fine, are completely soaked with sweat. Through the windows I see several people staring in amazement. We sit and they stare. Turns out they are the Ese Ejja, the last nomadic tribe in the area, Rosamaría says. The lumber companies recently started giving them alcohol in return for leading them to the big trees in the forest. Now some of them beg for a living.

Dec. 22 … Rosamaría visits the doctor, who removes a boro more than an inch long from her leg. She saves it in a little vial.

It’s almost Christmas, and I’m more than ready to go home. I feel for the people here. Poverty abounds. Everything is worn out or broken. The kids in town swim in raw sewage. Rosamaría points out that most of the world lives like this.

I know she’s right. But I’m beat, and I just want to sleep.

Now if only the boro in the back of my hand would do the same.

Editor’s note: Eight weeks after Sartore returned from a second trip to Bolivia, a wound on his lower right leg began to grow. He had contracted leishmaniasis – caused by a flesh-eating parasite – through the bite of a sand fly. The infection spread to his lymph system and created a hole in his leg the size of a silver dollar. The infection was eventually controlled by a combination of surgery and a 21-day treatment of an antimony compound. He’ll know in ten years if he’s fully cured.