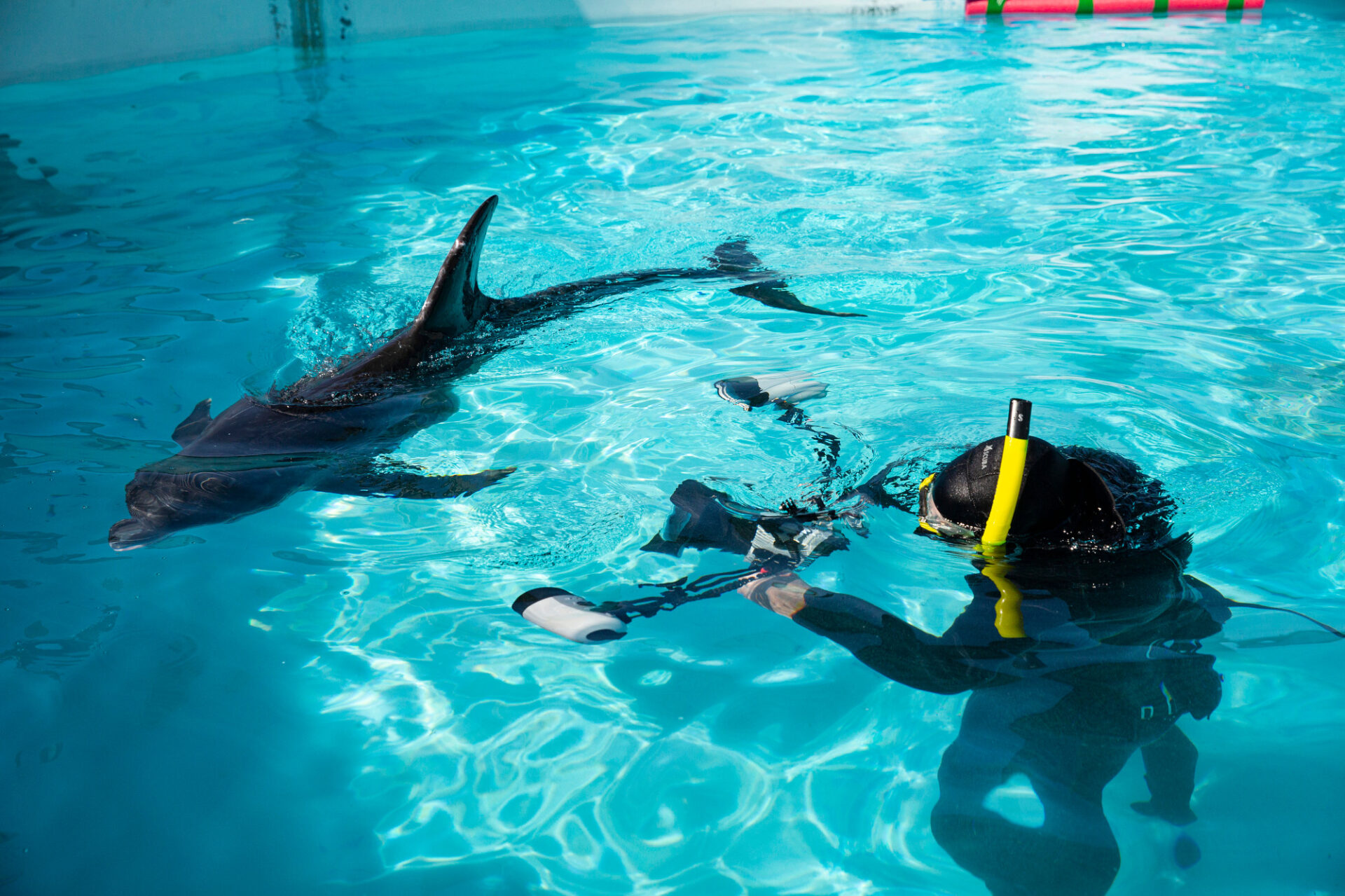 This animal was found washed up on Cat Island, MS, and they rescued it. Its age is 3-4 years old. It’s very rare to find one washed up alive.

It had broken ribs from being washed up.
Reason for stranding was either that it lost its mother or was separated from its group.

This animal had to be held in the water by staff 24/7 for the first two or three days after they brought it to IMMS.
It had infections, was dehydrated, malnourished and had lost its equilibrium.

It is now gaining strength and they hope to release it back into Gulf of Mexico before the turn of the year.

Very little is known about this deepwater species. IMMS saved another one like it a few years ago, and thanks to a satellite tag on the animal once it was released, they learned a lot about where they go, how deep they dive, etc.

The IMMS is a one of kind place designed rescue and rehab marine mammals and turtles.

The goal is to rescue, rehab and release back to the wild. 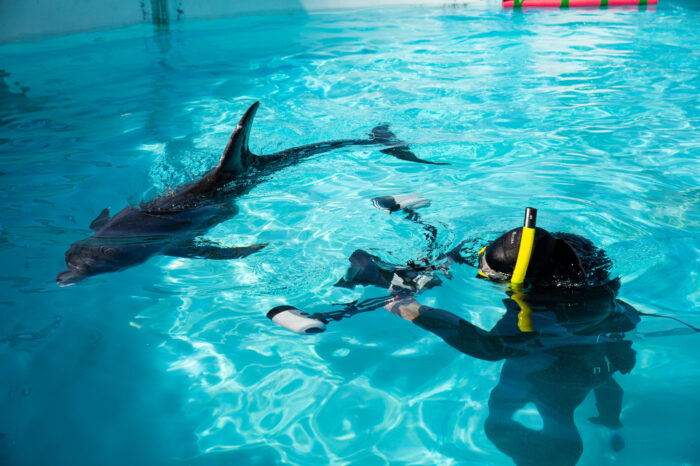